Sue Kelvin and Michael Roulston present ‘Sophie Tucker’s One Night Stand’. The original Red Hot Mamma Sophie Tucker was big bold and brassy, she was an icon of American show business at the start of the 20th century.  Her career spanned six decades and she was still working the cabaret scene at the age of 82. Sue Kelvin has plaid in many musicals she has appeared in several TV shows and films. She recently plaid Mama Morton on stage in the West End in Chicago, a role that is supposedly based on Sophie Tucker. Sue has a large persona and amazing stage presence to go with her phenomenal voice. Seemingly totally at home as Ms Tucker, she gives us a superb performance. Michael Roulston is a busy chap playing for the shows ‘Dusty Limits – Is heartless’ and in ‘Confessions of a Paralysed Porn Star’. This time he gets to act and sing.  The more mature Fringe goer will probably get more out of this very enjoyable show, but anyone who appreciates good music well performed and with an interesting story cant fail to enjoy this. **** 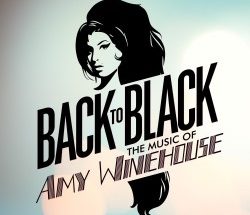