The Glasgow Comedy Festival has been going now since 2003 growing in stature year by year but I have to confess although only living an hour away from the city, this was my first excursion into this institution.
A major difference in this festival and the Edinburgh Fringe is that there is usually a far shorter run in the Glasgow version so one has to be quick off the mark to see ones favourites.
I was partly drawn to this show by the poster I admit, a good bit of thought obviously had gone into it, also because it was being delivered by two up and coming young female comedians on the circuit, Jay Lafferty and Dee Custance, both who I had seem a number of times before back in Auld

Reekie, and was keen to see how they worked together.
So come show time I, along with the rest of the audience packed into the bijou room to see an hour of the ladies at work.
They burst from the back of the room and took command from the off. I hadn’t expected to see them work as a double act, I expected two solos sessions, but was pleased to see their somewhat novel approach. It was

obviously working, for them and for the audience, because their enthusiasm and energy flowed from the stage to engulf one and all, and this was backed up with a variety of funny material much of which was new to even a wizened old veteran like me.
One thing that was not obvious to the audience, but I discovered later, was the show was adapting during the performance, with some live editing going on as they went, but it seemed to have little impact on the flow.
They had a wide variety of material to work with; Jay’s quoting film lines quiz, Dee’s quirky ukulele songs and good old fashioned stand-up on almost too may subjects to list.
Jay told me afterwards that she they have hardly had a review that doesn’t comment on them being attractive women, which

of course they are, but has little bearing on their comedy talent. So I won’t add to these, they are a friendly duo, bubbly, full of energy and have a mean set packed full of material. The audience I was part of were a little quiet, I’m sure they all enjoyed the show, but gave little for the performers to spark off. On another night with another audience I’m sure they would have been even more enjoyable.
There is one more chance to catch JayDee and Coke and that is on Tuesday 5 April, show starting at 20-30 at The Brel Ashton Lane Glasgow with tickets a mere £5-00 a head. And you can’t do much better than that as value for money.
Reviewed by Geoff 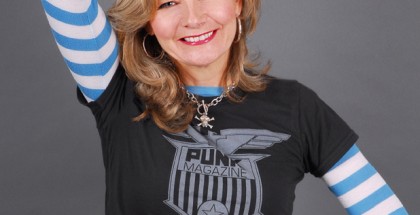 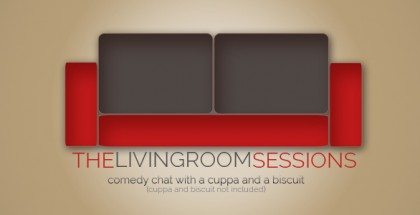