Guys n Dolls must be one of the best-known musicals, It is the second musical performed this year by Deep Blue Theatre, who are also performing Cabaret on alternating days. Most of the company are in both shows with only one or two of the principles not crossing over. As Geoff saw Cabaret it was up to me to see Guys & Dolls. Barry Gibney as Sky Masterson, the slick gambler with the hidden heart of gold, is a good foil for the petite Sarah Rivers as Sarah Brown, the Salvation doll with a yearning for adventure. Both have good voices which were pleasant to listen to. Chris Heaney as Nathan Detroit is a little overshadowed by Laura Corcoran as Adelaide who has a bigger voice and slightly overlooks her comic partner.  Both do justice to the characters but as Adelaide has some gifts of musical numbers she shines. I liked the overall direction of the show which can seem twee at times. The blend of voices and use of some of the female cast as hoods work well in this instance. I really liked the routines for ‘Luck be a Lady’ and my particular favourite ‘Sit down you’re rockin the boat’ sung by Adam Perchard as Nicely-Nicely. If the show wasn’t sold out it wasn’t far from it, so to avoid disappointment get a ticket soon. **** 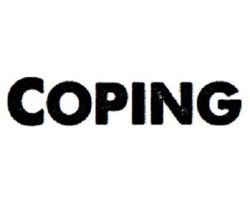