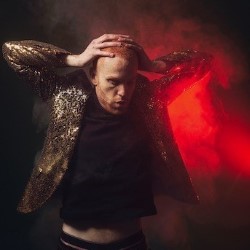 Goose, ‘one-man sketch’, return after a year away, which they reportedly spent trying to get on TV. They even won an award during that time – and this show is the story of how they did that.

There is everything as you would expect from Goose: a mix of short and often silly sketches interpolating that longer narrative, use of audience members at opportune points, and misdirections that may bemuse as they happen, but which later become clear. However, the overarching narrative, serving as the frame for everything else, wasn’t as tightly written as previous shows, and so some bits were confusing where they should have been convincing.

The comedy itself doesn’t suffer. There remains the stuff that should almost get a groan rather than a laugh, and the more complex and cognitive stuff. Of particular note were skits on the history of Brexit, and the male feminist – both sharp and hilarious. As usual, audience members were exploited for laughs, but not humiliated. Mr Drake (the man on stage running the show) himself retains all of his frenetic energy and commitment to the form.

A few big laughs, and definitely an entertaining hour. 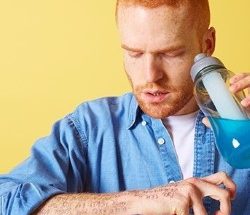