I have seen ‘Into the Woods’ performed in several ways but not with such a large cast. Each of the main characters are represented as usual, but we had two Wolves, two Stewards, two Pantomime Horses and a whole flock of Birds and Woodland Creatures.  Shrewsbury School has a good Fringe pedigree with both original musicals and traditional ones. I enjoyed this production for its performers, costumes, direction and the quality of the vocals, but it was spoiled because due to its popularity I ended up sitting side on to the action. With the performance space being long and thin other performers masked several salient points. I know and appreciate it takes time to write a new musical but please either write a new one or revive, ‘Jekyll!’, ‘The Time Machine’, ‘The Lost Domain’ or ‘The Bubble’. *** 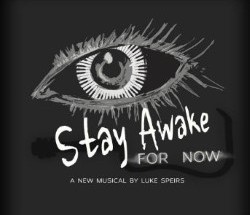