A western musical for modern times by a professional cast, this is great fun. The story is typical western-fayre (which isn’t necessarily a bad thing) and moves along at pace, although sometimes it gets slightly confusing by the actors playing multiple roles without much differentiation in costume or scenery.

Musically it is an excellent mix of styles, the catchy yee-hah ensemble numbers working particularly well. I did feel however that some of the solo numbers weren’t that tuneful although they were all well sung. Occassionally there was also a song where there didn’t seem to be a need for one.

Backing is by a small band, the piano is excellent and the drums tightly played if too loud sometimes, despite mics being used.

An enjoyable romp overall, it would be good to see a more developed version with more fleshing out of the characters and subplots but certainly a show with a promising future. 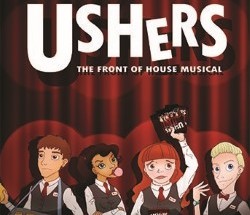