At the outset, let me declare that I am a Scot. Furthermore, a number of years ago I was asked to name my favourite poem. I instantly replied Tam O’Shanter. Thus the poem is ingrained in my psyche. First and foremost, it is a riveting narrative and, secondly, some lines are wonderful to recite, Tam’s character for instance “a skellum, A blethering, blustering, drunken blellum”.

To stage a theatrical version is a bold and ambitious project. Communicado Theatre Company’s version, devised and directed by Gerry Mulgrew, has triumphantly risen to the challenge. With a troupe of 11 accomplished performers, many of whose faces will be recognisable, the poem is given fresh life in song, dance and in humorous verse both from Burns and modern additions. The additional material exemplifies the period when the poem was written, a domineering kirk and, in direct contrast, the licentiousness of the inn. We all know where Tam preferred to spend his time.

Theatrical companies have at their disposal all manner of technical wizardry to create visual effects. In the Kirk-Alloway scene and when Tam and Maggie are being pursued by Cutty-Sark and the “hellish legion”, these are used spectacularly and unforgettably.

In the programme notes, Gerry Mulgrew wonders whether Burns would have approved. I am sure he would have loved it – even more, if he could have a share of the takings. How will this production play to non-Scots? Sure, they won’t understand all the language but the music and visual quality would have universal appeal.

Winston on the Run 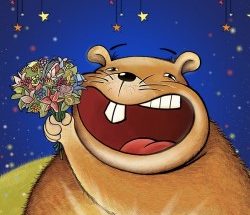