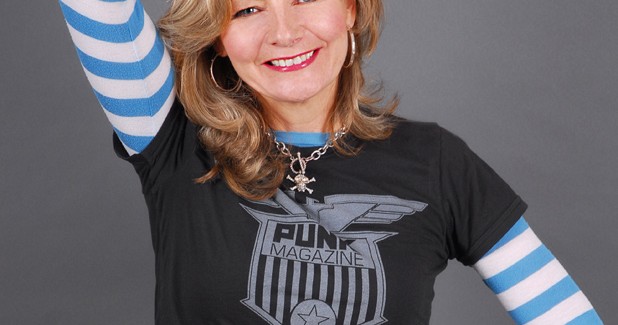 There are those of you who will be well aware of this monthly extravaganza, certainly those of you who regularly visit these pages will know, as when I am able I attend. Why? Well apart from seeing a whole raft of comics doing material out of their comfort zone let’s be honest it is a hoot. Okay occasionally things don’t go exactly as planned, but isn’t this part of the fun?

In what was a dress rehearsal in some ways for greater things to come, did someone mention commissioned by and BBC in the same sentence? the club filled up nicely long before start time as people settled in for the treat in store.

Opening up proceedings for us all nicely was local lad Ben Verth as the man in charge, and explained the concept of recording the pod cast and what was happening during and after the recording prior to introducing the main players of the eponymous ‘panel show’.

Julia Sutherland was the lady tasked with keeping the teams, Team A, Mark Nelson and Allan Millar and Team B Teddy and Graeme Thomas, under some control and arbiter of distributing the points as well. Now she is a lady very up to the task and fulfilled her role with aplomb, adding pithy comments to the proceedings as the aforementioned guys related funny stories in a variety of rounds to fulfil the show format. Each of the comics had their moments and none did their reputation any harm whatsoever, but I don’t think I’d be wrong in saying that it was Mark Nelson who captured the crowd from the off. Of course being a dry run and a live recording there were a couple of retakes, but not intrusive to the evenings entertainment and for the paltry entry fee certainly good value for money.

But it wasn’t finished there. No way. After the interval Mr Verth warmed up the crowd again, re-establishing the rapport with all and introduced Garry Dobson, the first of four further acts, hit the stage. Now he is usually to be seen as part of the intrepid improv comedy duo Stu and Garry, but flying solo, he was relaxed as always and making use of his acting skills to boot, Garry related a very funny and well rounded story of one of his infamous dates. Certainly he got proceedings moving along nicely.

Hard on his heels was Liam Withnail, a Londoner based now in Edinburgh. It was the first time I had seen this guy with a ‘Eastenders’ accent, but in the short time he was able to perform convinced me to try and see a longer set. He has stage presence a plenty and some different material packed with laughs along the way. Certainly he is one I will watch with interest.

Hannah Campbell followed on and I feel this Glasgow student has a lot to offer. I have seen her do her 5 minutes a couple of times before and this time as previously enjoyed her set. It was funny, and that is what we are all looking for, yet with a bit more experience and polish I’m sure she will progress to longer sets and look forward to seeing her do that.

Character comedian Matthew Ellis took proceeding over next with his alter-ego Mr Hardcastle, an acting coach totally dominating the club. He has a flair for this style of comedy and is very good in his characterisation. He was abetted in the process by selecting an audience member who ‘really went with him’ on stage and this of course added to everyone’s enjoyment. I look forward to seeing more from this talented performer.

Closing out the show was Gareth Waugh. He is a very funny guy and so young too, but always seems to be able to bring quality stuff to the proceedings. His set was more stand-up than most of the others but a nice blend of a couple of his establish stories mixed together with a whole raft on new funny material reinforced my opinion that this guy will go far in the world of comedy. His set rounded off the evening nicely.

The next outing of this institution is on March 12 check the Stand website www.thestand.co.uk for details and the word is that there is a high class line-up on offer. There is also a link to download this and previous pod casts for free. Now there is a bargain for you!!