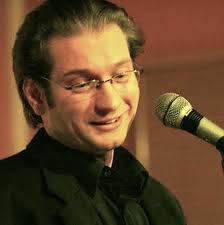 I like comedy in all shapes and sizes as followers of this site will no doubt be aware, and it is always good to have a great laugh. I think therefore the most laughs one can have in any given hour is with the one liner comics with such exponents as Tim Vine, Stewart Francis, Milton Jones all to the fore. But for me the daddy of them all is possibly the least well know as yet and he is Gary Delaney.

I was press ganged into seeing his Fringe show a couple of years ago and boy was I glad. There were more laughs per minutes than anyone else I had seen so was delighted to get a second helping albeit a while later. 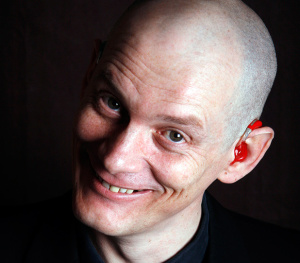 But before we get to the main event an unexpected bonus was on offer yp front, in the shape of Steve Day. Steve is a deaf comedian, and I use the small d intentionally, but he has come to terms with this and well and truly carved his niche in the world of comedy. Full of bubbling enthusiasm Day bounded onto the stage to do his bit, was he really on 20 minutes? The time flew by, it seemed like only 10 with a jamb packet set of quality material. A fair amount of which  was on his condition and how it has affected his life and how it has been used to his advantage, also his family, TV subtitles, gigs and preconceptions came under his microscope.  Day went down well with the packed out crowd from the start and I know I was not alone in wanting to hear more from this gifted comic.

After a short interval it was the turn of Gary Delaney to take command of the club and boy did he grab it with both hands.  He explains that there is no message in his show, no underlying meanings, just jokes pure and simple and then sets about his tast like the artist he is. I tried to count the number of one-liners and laughs he delivered but sheer weight of numbers defeated me. Nicely punctuated with excursions to AV and clipboards Delaney delivers his gags in machine gun style burst. He can be juvenile, edgy, outrageous, silly and intelligent with his stuff, but wherever he goes he is also very, very funny and amazingly inventive.

Like his opening act the time flew by, I really couldn’t believe he was coming to the end of his hour when he started winding up, but unfortunately he had. Still I really think everyone enjoyed his set, I certainly had a ball and next time he is around will be waiting impatiently for my ticket. Catch him if you can while. His forthcoming gigs are listed at www.garydelaney.com  so check out if he is playing near you and for the best of what’s on offer at The Stand then www.thestand.co.uk is the place to be.