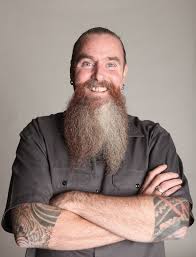 With autumn rapidly approaching in Edinburgh and starting to get withdrawal symptoms post Fringe it was time to top up on laughs and the obvious place to go is The Stand Comedy Club where this addiction can be fed for only a few quid.

Having stocked up on the home made food from their kitchen and sampled the beers from the bar it was time to settle down for the on stage fair.

Host for the night was the irrepressible larger than life Martin Mor. This Manchester based Northern Irishman is a firm favourite wherever he goes and whether it is his own set or the compere 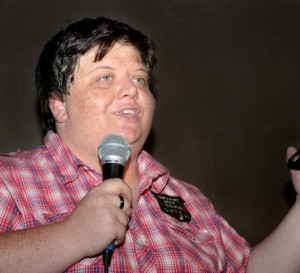 role he has it down and then some. Blessed with some comedy gold with the most cosmopolitan audience I have seen there, Estonian, Holland, Poland Mexican were some of the more exotic countries represented, Mor was in his element and his mixture of riffing and material was the right recipe to get things started.

Opening act was Glasgow comic Susie McCabe. Now Ms McCabe is definitely gaining a huge reputation for herself and it is easy to see why. Susie has stage presence to spare and always delivers her gag packed set with style. Her

material on the night majored on her recent civil partnershiping, but there was plenty of other subjects too. McCabe is definitely here for the long term and is always good value for money.

After the first interval and some more magic from Mor it was the turn of Zimbabwean born Wayne Mazadza to perform the short set. It was the first time I have seen him but his reputation preceded him and was thoroughly deserved. He is a laid back, occasionally laconic comic, and certainly is non-confrontational. He has a different style and some interesting material, some that perhaps not everyone could get away with. I look forward to seeing a longer set in the near future. 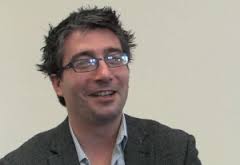 Closing out part two was another Stand favourite Keir McAllister. Now he has been a top comic for a while now and can always be relied on to deliver a gag packed set and at the speed he goes he manages to get about 50% more in his set than anyone else. But taking nothing away from him all is quality and generates about 50% more laughs too. It is always a sure fire hit with him on the bill and tonight was no exception. As someone I spoke to said ‘Has he ever been on the telly? Cause he was way better than most you see on there.’ Please take note comedy bookers. 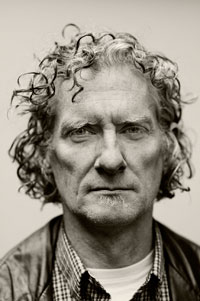 Following the final interval and prize draw Martin Mor introduced headliner Dave Fulton who I had not seen for ages, something I was glad to remedy. Originally from Idaho Fulton now resides in London, and he has always been a top performer with a whole raft of material and subjects to expound on. He also showed an affinity to riff with the audience, something I hadn’t expected, but delivered to great effect.  Fulton is compelling in his storytelling and it always seems that his set goes so quickly he has barely started before it is over.

And that was it. Another great night in a club that runs virtually 365 days a year. To check out what is on offer for the next few months check out the website www.thestand.co.uk for details of Edinburgh, Glasgow and Newcastle.