The Strictly Come Dancing Live tour sashayed into Glasgow for a handful of dates as part of the 2015 season featuring seven pro- celebrity couples, a judging panel, a handful of backing dancers, together with the singers and band all kept under control, well almost, by the vivacious Zoe Ball. The enduring appeal of the experience was evident as the venue was virtually sold-out every show even at the massive SSE Hydro with a capacity in the excess of 10,000 each performance.
It was the Saturday matinee performance I saw and at 2.30 sharp the lights dimmed, with the iconic theme music filling the arena as prelude to the first hour of dance, chat and scoring by ’Mr Nasty’ Craig Revel Horwood with 2008 winners Camilla Dallerup and Tom Chambers joining him on the judging panel.
Each couple, Mark Wright and Karen Hauer, Alison Hammond and Alijaz Skorjanec, Scott Mills and Joanne Clifton, Rachel Stevens and Kevin Clifton, Simon Webbe and Kristina Rihanoff, Thom Evans and Ivetta Lukosuite and finally Caroline Flack and Tristan MacManus each performed a routine for the judges scores as well as being involved in a production number or two joined by the ensemble dancers.
Following an interval and the opportunity to text vote for the winner on the day, the judge’s scores were for information only, Ms Ball announced that unfortunately Caroline Flack had been taken ill during the interval and was unable to compete. The format continued with each remaining couple again performing their routines, an ensemble piece and a spectacular finale from Disney’s Frozen. There was even time for Camilla and Tom to reprise their 2008 show dance too, all building to the announcement of the winner, and it was a very popular one in that with ‘local lad’ Thom Evans, resplendent in his kilt, and Ivetta lifting the trophy and that was it. All over for another year!
Overall the production oozed class, the direction by Revel Horwood was up to his usual high exacting standards, the sound and lighting design perfect. The band and singers were superb and by and large, if you don’t count Scott, the dancing was excellent too. Perhaps it would be churlish to pick a favourite but I’m going to. When Simon and Kristina performed their Argentine Tango to Roxanne in Blackpool, I went ‘Wow’. To see it recreated live was even better and for me this couple would have been my choice of winners.
This was my first time seeing the Strictly tour and my first visit to the Hydro. I will most definitely be back and soon.
Reviewed by Geoff

ENTRIES ARE NOW OPEN FOR THE AMUSED MOOSE LAUGH OFF 2015 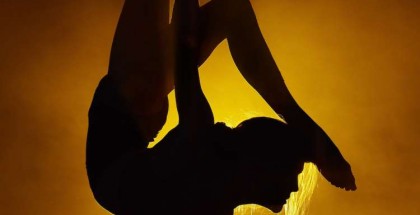 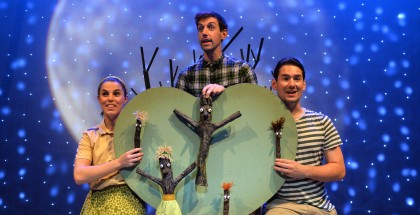