Four years ago a twenties narrative poem called ‘The Wild Party’ by Joseph Moncure March was brought to musical life on Broadway, at a similar time Andrew Lippa produced an off-Broadway version. Described as virtually new to the UK this musical has recently gone through a bit of a surprise expose being performed both in Edinburgh and in London at the same time. The Broadway version received its UK premiere last Christmas and the Lippa version was at the Riverside Studios July 27th to August 7th featuring ex-Fringe performer Heather Panton last seen in ‘Merrily We Roll Along’. We are introduced to Jackie (Mark Leeson) in hospital, where he asks the nurse to read from his diaries about Queenie (Jo Cook) and her lover Burrs (Stephen Fletcher). Queenie a nightclub performer with a taste for danger and violence is looking for her ideal man, one who will not bore her. Burrs, a clown, is bored with the attentions of women no one seems to like his particular type of admiration. When they meet it is like they both returned home, all is well for some time, until one day he snaps and rapes her. Deciding to get her own back she decides to hold a massive party. During the evening Kate (Siri Steinmo) arrives with the mysterious Black (Chris Grahamson), Kate wants Burrs for herself and knows Black will be irresistible to Queenie. As the party gets wilder with the drugs, drink and sex going on, it is hardly surprising it culminates in a deadly explosion of passion. The whole cast are phenomenally talented which is hardly surprising as they have been gathered together from nationwide auditions. Its directors teach acting at the Liverpool Institute for Performing Arts. The set is basic using a chaise-lounge and two screens which are moved round from position to position.  The small orchestra are on stage for the whole performance. This is one of those shows, which would benefit from more than one viewing. **** 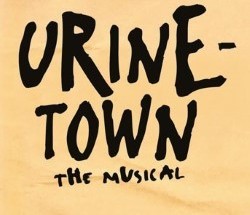