Greeley West High School, Denver, Colorado, present their production of ‘Footloose’ as part of the ‘American High School Theatre Festival’.  Geoff and I try to see as many of the individual shows put on under this banner as those we have seen in the past have usually been of an extremely high quality. Footloose upholds this belief, it is a high energy high impact production with a large very talented cast. The costumes many of which are authentic clothes from the 80’s are spectacular. The choreography enjoyable and the direction tight. These kids performed well obviously putting there all into the production. Although they all did very well I feel some of the main characters deserve a mention. The three town girls Angie Blattner as Rusty, Triniti Williams as Urleen and Carolyn Gilliam as Wendy Jo all ‘holding out for a hero’. David Wernsman as Willard Hewitt, our hero Ren’s first and best friend. Whose outlook on life is to follow what ‘mamma says’. Amy LaMotte as Ariel Moore, the preachers daughter and town rebel, she is simply seeking the attention she used to get from her father.  If dating the town bad guy isn’t bad enough she becomes attracted to Ren and runs to him for comfort after being beaten up. Finally our hero Ren McCormack plaid by Hunter Hall. Ren and his mother move to Bomont from Chicago after Ren’s father walks out. He has problems adjusting to the small town mentality, especially one where his two loves rock music and dancing are against the law. Sadly this production only gets displayed on the Edinburgh Fringe stage four times, as it rivals a recent professional touring production and in this one the lead has great looks a lovely voice and boy can that guy dance. ***** 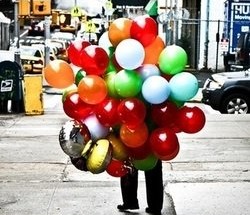