Two entertaining stand up comedians on the same bill. Both have a similar approach. After a bit of gentle repartee with the audience, they have a relaxed conversational style of humour based on their own experiences. Carl Donnelly was up first. He covered a range of topics around the theme of his mid life crisis even though he is only 26 years old; booze and sex, naturally, but also pranks and his feverish imagination John Robins followed, and continued the booze and sex theme along with weird experiences, reminiscing over his sex education lessons at school and his first ‘safe sex’ experience. An enjoyable hour with two, young, up and coming comedians. *** 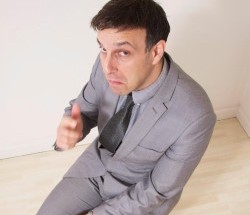