Australian Sammy J bounds on to the stage full of energy at the beginning of his show, all 58 kilos of him. After introducing himself to several members of the audience, Sammy launched into a story of a teenage practical joke, underscored by his keyboard playing.

This story sets the tone for the rest of the show, in a departure from previous years, this show is simply a mixture of anecdotes and silly songs, including one about mermaids and Alf Stewart from Home & Away, which is exactly the brand of surreal silliness you would expect if you are familiar with Sammy J’s work.

The show provided plenty of belly laughs but there were a few moments when the anecdotes could have been tightened up (the show, which is billed as an hour, actually lasted 75 minutes, leading to a very fast dash across town to George Street for me), and I was expecting more songs from a comic I know as primarily a musical comedian. That said, it’s impossible not to warm to Sammy’s friendly character and I can’t fail to be entertained by whatever he has to offer. 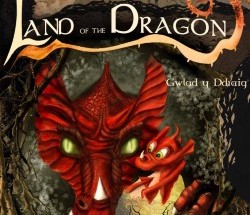