New York Company Banana Bag & Bodice have devised an interpretation of the epic poem which is decidedly odd. Odd though it may be, there is never a dull moment. Different musical and theatrical forms are integrated in a production that heaps surprise upon surprise. Nevertheless, the basic story of Beowulf slaying the demons, Grendel and subsequently his mother is told accurately.

The approach taken is idiosyncratic. Apart from Beowulf, the cast are dressed in modern garb, smart but casual. When Beowulf makes his grand entrance, he appears in Norse costume posturing like an aging rock star, incongruously wearing glasses. His persona does not reflect that of the heroic type. He is a bit on the dim side.

There is plenty of physical action but in an understated way. The entire auditorium is used for chases and fights. Just when it appears the show has reached its ending with Beowulf being triumphant, he has an argument with the bookish and prim looking female narrator. He throws a tantrum. He wants the final dragon fight which in the poem takes place 50 years later. Her personality changes and she gives him his dragon scene.

Underpinning the action throughout is a 7 piece band playing music as different as toe tapping jazz to earthy cabaret. The presence of two trombones gives the music a rough edge. The singing from all the cast is wonderful, both individually and in their harmony numbers.

The whole production is so imaginative, taking an ancient piece of writing and giving it a whole new zestful life. 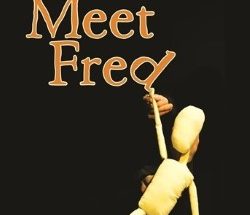