Caligula by Albert Camus, translated by David Grieg is presented by KCS Productions.

It’s the story of the emperor who spirals out of control bringing down a terrible reign upon his people of unnecessary death and famine.

The piece is relentlessly extrovert and highly stylised from the music, costume and the technical aspects to the well portrayed and committed dark humour and the company’s bold take is a great risk, but this is all we are offered.

The levels of extremity are included in the acting and character which are heightened, broad and not in anyway internalised, although it sometimes feels too much, I cant help but think this is what they are aiming for as Caligula’s actions to us are in no way relatable. This is where I felt the subtle elements of the pieces humour and horror were lost.

But Caligula is played with such an overwhelming unpredictable nature that even if you know the story you wonder what will actually happen.

Beowulf – A Thousand Years of Baggage

Fear and Misery of The Third Reich 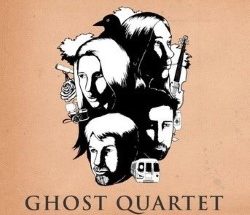