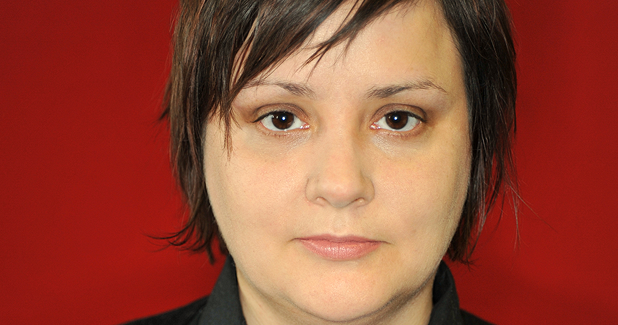 If it is the first Tuesday in the month then it is almost certainly Wicked Wenches, an all female line-up of the best comics on the circuit, which is staged at the Edinburgh Stand venue and is almost certainly well worth a visit, and I am not alone in this opinion as the club was packed long before showtime.

Our MC for this night was Susan Calman, who recently was voted the best compere in the Chortle Awards, so even those who were not aware of her from live appearances maybe knew of her from TV slots on such as 8 out of 10 Cats, Have I got News for You and Alexander Armstrong’s Big Ask and numerous Radio appearances as well. We were certainly in good hands.

I count my self privileged to have seen her dozens of times and have to say she was on form. Susan has a relaxed delivery style, bags of charisma and a whole

raft of extremely funny to draw on, but it her chatty non-confrontational attitude that for me is one of her major assets. Having warmed up the club Ms Calman introduced the opening act of the night fellow Glaswegian Keara Murphy.

Now she is no stranger to me either, but it is a while since I have seen her perform. A renowned comic, writer, actress and mimic she has talent in abundance and she delivered a fair selection of her abilities to entertain one and all. Bad romances, men in kilts, on-line dating, Gaelic TV programmes, and impressions of Dundee’s own Lorraine Kelly were places she took us over her all too short set. It was good to see her on form as always. 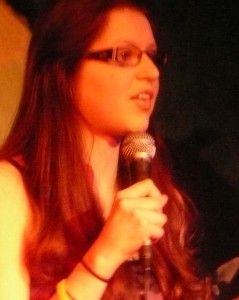 Following the first interval and some more Calman comedy it was good to see the very much up and coming Becky Price on the bill. Now I have seen this young linguistics student a couple of times before and have never been disappointed and I certainly wasn’t on this occasion either. She portrays confidence in her style and delivery, her material content is wide and varied and most importantly funny. She uses her language skills in a lot of her comedy, which is always well up to the mark and stop off points about Facebook, relationship problems her parents and Chavs to name but a few were well written. In my opinion she has a good future ahead of her and certainly was a hit with the crowd throughout. 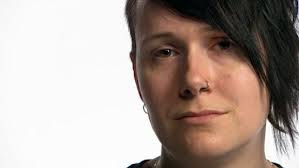 Hot on her heels was the even funny Bethany Black, another comic I have seen a few times before and like the preceding acts have not been disappointed and again she was on her A game. Ms Black can be self deprecating about her appearance, where she lives and her career but this together with material on her dirty car, Halloween tricks, her cats and relationship had one and all in stitches. There wasn’t a low point of any description during her set, an excellent example of all that is good in comedy. I know I am not alone when I say I can’t wait to see her again. 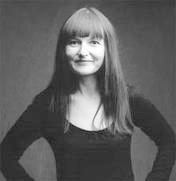 The final interval and prize draw followed and then it was down to headliner Jo Enright to close out the night. For the first time on the night I hadn’t seen her before but obviously was aware of her talents.

Of Irish stock but Birmingham born Jo must be one of the smallest comics on the circuit at only 4’10’’ but makes up for this with talent. From the off she had the club with her as a packed set starting with chocolate, her size Birmingham, pigeons, funny faces, escalators charity shops and her family amongst subjects she expounded on through out the next 20 plus minutes. When her time was up she didn’t want to finish and we for sure didn’t want her too either!!

So yet another excellent night’s comedy delivered and many more yet to come. To check out what is on the bill for the future at Edinburgh, Glasgow or Newcastle clubs and the line up for Fringe 2013 then head to the website www.thestand.co.uk