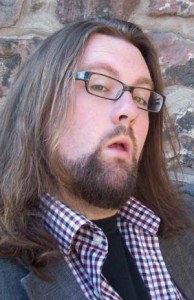 Red Raw is an institution that has been established by the Stand both in Edinburgh and Glasgow which gives a chance for new acts to do a short set, to hone their skills, some even doing their first ever gig, open-spot comics to build up a cv and even the chance for established circuit performers to try out new material in front of a inevitably packed out club, party due to the paltry entrance money they charge. £2-00 for goodness sake!! Hardly bank breaking is it?

The format of compere 5 acts, an interval 5 more acts, interval and headliner is a tried and tested one, the variances coming in the performers on the night.

So on this Easter Monday night, with the club jumping our MC, local lad Ben Verth, took to the stage explaining the format, and warming up the room and the chuckle muscles creating a conducive atmosphere for the ensuing acts. As always Verth did his job and then some prior to introducing Peter Hamilton a Falkirk lad who did a god job of selling his locally based material. Hot on his heals was Jay Miles, a slightly more mature guy with an oh so laid back delivery. This took nothing away from his set however; I thoroughly enjoyed his material and marked him down to see again.

A graduate of the 2012 Edinburgh Fringe Festival Society Comedy Academy Nehar Neya was next to try her brand of humour on the audience. She has bags of personality and confidence but I felt her material was a little surreal for the crowd on the night. I’m convinced however she has potential.

Jock D was the next comic, who had come the 150 miles from Inverness for the gig. His set went down really well with the audience, His stage craft was excellent, delivery confident and I got the feeling that there is scope here for the lad to go far. And on leaving we discovered from MC Verth that this was his first ever gig!! That and only 19 years old. It drew an extra unsolicited round of applause for his performance.

Next up was Matthew Wake who seemed intent to alienate his audience from the off. The choice of his material for most there was not ideal, but I guess it was a learning experience and one that he can move on from.

Closing out part one was the more experienced Glasgow based Obi. This is the second time I have seen him recently doing a short set and I thought he used his time to great effect. There were plenty of laughs generated throughout his set and a deal of different material too.

Another Glaswegian kicked off part two, Ian Stewart. He also had presence and a good rapport with the audience, also good material Glasgow life, mugging and roller blades were some of his topics. One to watch for sure.

Chris Quinn was the next one to entertain, something he achieved easily.

Nothing ground breaking in material, but well written and delivered I’m sure he enhanced his reputation.

Natasha Yarr followed on and her set was certainly different in content. The mission of Charlie Sheen, racial stereotypes, being single and SClub 7 being part of the mix. Again I think there is potential here but maybe a bit more stage craft would help.

If confidence and delivery were key, then Robin Grainger would be a superstar. This guy exudes both and backs it up with a whole raft of material as well. The laughs flowed freely throughout his set and I would have liked to see him do a longer one. Definitely one to watch out for in the future.

Stu Murphy, one half of Stu and Garry the Improv stars closed out the second part doing a funny set of material, based on Easter and a public transport trip through to Glasgow. Murphy is of course extremely experiences and this told, he is also very funny away from his ‘normal’ comedy job. A well rounded and delivered set enjoyed by everybody. 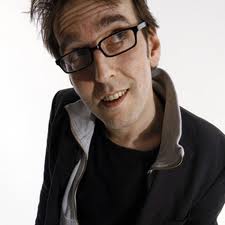 Following the second interval and prize draw the guest headliner was acclaimed comic, writer and director John Gordillo. Now I have been a fan of his for a number of years now and it was good to see him back trialling new material for possible inclusion in his new show. He has a demeanour that attracts attention and although his set was basically new even to him drew numerous laughs and won him a number of new fans for sure. I look forward to seeing his full hour in Edinburgh during The Fringe.

So that was that. Over two hours of comedy, double figures of comedians and all for 2 quid. Is there better value? If there is it’ll be hard to find.

For details of all future shows to be held at the Stand, whether it is in Edinburgh, Glasgow or Newcastle then check out the website www.thestand.co.uk for all the details. 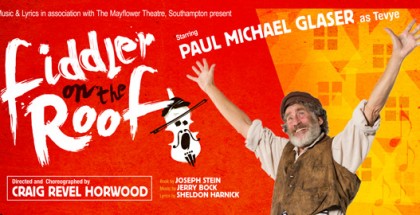