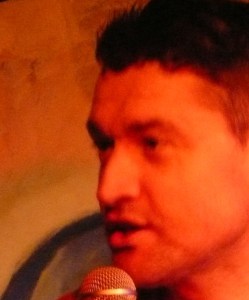 Does the weekend start on a Thursday? Not for many people I guess but it always does at The Stand Comedy Club. Thursday night is the time when their weekend line-up first hits the stage and with the club as always getting busy early, many taking advantage of their new food menu as well as the well stocked bar, there is always a weekend feel to the night. 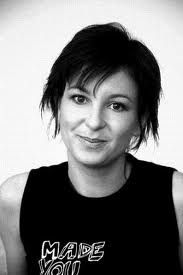 Mein host for the night was Joe Heenan and that always means we are in safe hands and tonight was no exception. As always Heenan combines the ability to chat with the audience, gather information for further exploration by him and others, blended together with his genuinely funny material, he is always value for money. Within seconds he had the club in the palm of his hands and played them like the virtuoso is really is. 15 minutes of ‘warm-up’ and then it was time for the opening act, someone who has been away for too long in my opinion Janice Phayre and she was on fire.

She has an eclectic mix of style, the Irish craic, mixed with physical comedy and some really funny material always goes down well, and the occasionally ‘needy’ persona adds to the experience. She engages with the audience throughout her set and is certainly non-confrontational even though her subject matter majors on sex. I don’t think anyone could have failed to enjoy her 20 minutes, 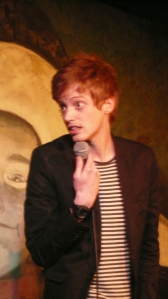 certainly my friend seeing her for the first time thought she rocked and who am I to disagree?

The first interval followed and then Mr Heenan was back for more fine stuff. He always seems to be having as much fun in his job as the audience do in listening to him and I feel he could play the whole night himself easily, however he introduced Robin Grainger, a young up and coming Scottish comic to do ‘the short slot.’  The last time I saw him on newcomers night Red Raw I thought he shone and he was certainly not out of place in this line-up either.  Grainger has bags of personality and stage presence; he exudes confidence and

backs this up with some excellent material as well. I expect him to go far in the comedy world and look forward to seeing him do a longer set in the near future. Highlight of his set? Well I loved his story of a doctors’ visit, but that was just one story of many that endeared him to the masses.

John Ross closed out part two and maintained the high standard that had been laid down by those who had gone before. Glaswegian native Ross’s style is laid back and his subject material was different, but well observed and delivered.’ Ear wigging’ conversations, parents, kids and a hospital visit were highlights of his set which was well received throughout. I would certainly be happy to see more of his stuff soon. 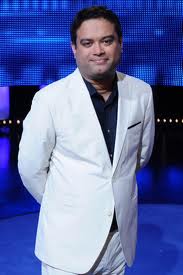 After a couple of years away from Edinburgh it was always going to be a pleasure to see headliner Paul Sinha back where he belongs, topping the bill at a comedy gig. To many in the club he was probably better known as ‘The Sinner Man’ from ITV’s quiz programme The Chase, but without a doubt they are now aware of the comedy talent of this GP / comedian/ and quizzer. As always his immaculate set is well written and presented and his engaging personality more than filled the club. Sinha is often self deprecating as he talks about his lack of bravery, poor relationship history and detrimental Twitter comments about him, but as cream always will, he rises to the surface to succeed. His loss to the medical fraternity is certainly entertainments gain. If you get the chance be sure to check him out as I am certain it will be time well spent. You can check out his website www.paulsinha.com or The Stand’s site www.thestand .co.uk for further details.