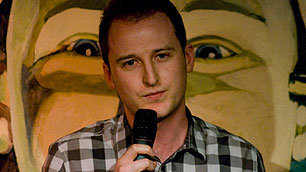 It was the May Day Bank holiday in Edinburgh and somewhat unusually it was almost warm and dry as I headed to this Monday night show, an opportunity for up and coming comics to get a a chance to home their style in front of a live audience and also an opportunity for more established acts to try out new material. I like to drop in occasionally to see what’s happening and although the night is always well supported this one was absolutely heaving, Why? The word was out that a couple of potential star players were on the bill so i was intrigued to see if this was the case.

Compere for the night was Stuart Mitchell a new name to me, but obviously a guy well versed in his art.  Right from the off Mitchell was in charge and endeared himself to the by now bursting at the seams club with his material interlinked with audience riffing.  He was excellent in this essential warming up the crowd role, has bags of stage presence and it was good to see yet another young Scottish MC staking his claim, the Scottish scene is so fortunate to have many already, but he certainly was well up with them.

Opening act was Neha Nayer. Now I have seen her perform a few times now and I guess you cannot say she is conventional in her approach or material.  Ms Nayer is a little surreal for my palate I have to admit, but her initial confidence seemed to desert her mid way through and maybe it was part of the act, but she didn’t seem as though she was enjoying being there. It is always good to see immerging comics and I hope she continues to perform and I look forward to her development. 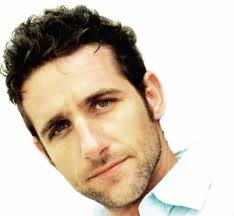 Jay Miles was the next act to the stage and he was straight into his material, funny throughout with material on facebook stalking and alternative TV shows well to the fore. He got plenty of laughs and certainly did himself justice throughout. Hopefully the next time I see him he will have a longer time allocation as I felt I wanted to hear more.

Derek Johnston was the next to ply his trade, a comic who I have hardly seem for ages. He is always value for money in his set, his style particular to him and delivered a set of new and more established material. I don’t think Derek is a laugh a second comedian, but his material is well crafted and often very clever. Maybe an acquired taste for some, but something I got in tune with a while ago and it was good to see him back on stage again.

Closing out part one was another guy who I hadn’t seen for a few years Martin McAllister. Now anyone who has seen him will instantly know his delivery style and his penchant for unusual material and both were in evidence in abundance.  He has plenty of material to fill his time, the odd, and I do mean odd,  prop to reinforce part of the set and to a certain extent he split the room, some really going with him, others slightly  less impressed and then some, myself included ,liking some stuff but not so much other stories.

Following the first interval and Stuart Mitchell giving another example of his undoubted skills,   he introduced   Jamie Andrew to one and all. Andrew has stage presence to burn, a commanding delivery and a whole raft of extremely funny material. Evangelical Christians, geology, homophobia, confessionals and a horoscope tirade were stopping off points of his extremely impressive set. Definitely one to catch again soon all being well.

Next act confirmed the rumours were true when Edinburgh based Canadian Tom Stade hit the stage to huge acclaim. Stade is a veteran of numerous appearances at Edinburgh Fringe and assorted TV shows as well and just oozes professionalism and class from every pore. This was his chance to try out new material and for me anyway I have never seen him in better fettle. His personality swamped the club, he got laughs with every line and if the 10 minutes or so we got was indicative of his new show, then I’ll be right at the front of the queue when tickets go on sale. The 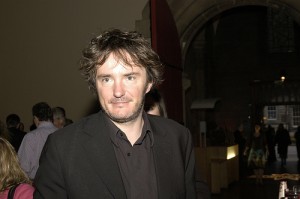 material, mostly about his family, was well written and impeccably delivered. To quote the title of his 2013 show State ‘Totally Rocks’.

And they kept on coming, hard on his heels came another Edinburgh residing superstar Dylan Moran. Having been the youngest ever winner of the Perrier Award in 1996 he has been held in awe by most ever since and ventures into film and TV, Black Books, have only enhanced his reputation further. It was amazing to see him on stage working on new material, and of course like Stade before him the audience lapped up every word an nuance. A bit less prepared than some Moran was however a shining example of how to work his room. I certainly thoroughly enjoyed his all too short set. 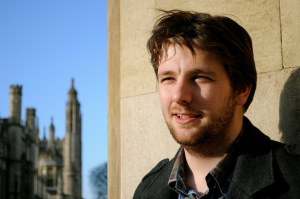 Following the second interval it fell on Pierre Novelli to close out the gig as the headliner. Now some may have been fazed doing this following such icons, but not this young man. Novelli is South African by birth but has lived in the Isle of Man for 15 years . A fair amount of his set had undertones and references to his country of birth, but the set was not just that. It was well written, impeccably delivered and most importantly extremely funny.  He certainly was in anyway out of place in this exalted company. Take my word for it he is going to go far in the world of comedy, so do yourself a favour and check him out.

So that was it for another night. What value for money it was too. For all the up and coming gigs at The Stand’s three clubs, Edinburgh, Glasgow and Newcastle why not visit their website www.thestand.co.uk  where you can also buy tickets for their Fringe programme in August as well.