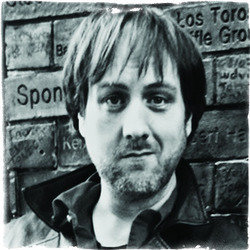 Mitch Benn has been coming to the Edinburgh Fringe probably for longer than he cares to remember and I have been seeing his shows each time he is here so as usual I had his 2013 near the top of my wish list.

Benn hails from Liverpool and he is a huge fan of the Beatles, so it seems an obvious step for this raconteur and purveyor of funny songs as featured regularly on The Now Show to pay tribute to his hometown heroes and showcase his obvious talents too boot.

With a mixture of his talents, he makes a convincing case as to why he should be classed as the 37th Beatle even if he was born around the same time as they broke up.

With songs in the style of the fab four in his armoury, and a multitude of actual facts to reinforce his case Benn entertains his busy audience of all ages with his take on their story.

This is certainly an entertaining hour and it is not necessary to be a Beatles fan to enjoy the spectacle so why not give it a go.