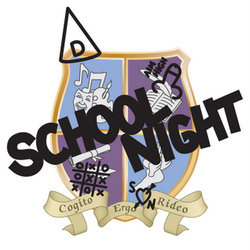 The show opens well with the tuck shop on the way in, and ebullient Headmaster Stuart Goldsmith quickly taking charge of the late night audience, getting to know the characters and finding a Head Prefect to fulfil all the boring duties teachers would rather avoid, such as giving dead legs to mis-behaving fellow pupils.

The concept of the show is that circuit acts will tackle their specialist subjects, rather than do their normal set. This is far from what happens, which seemed like a missed opportunity, albeit there was plenty of fun to be had. However, there are different acts every night, so another day could see this turned right around.

Our first class is sociology, led by son of a sociology teacher, Patrick Morris. It’s not clear what social points we were learning in his discussion of being young and going clubbing with friends, but there were laughs.

Alex Edelman takes the PE class. This involves many audience members trying to help another one learn golf. It’s complicated. Some laughs, but a lot of puzzled looks too.

In charge of French, Mademoiselle Nat Luurtsema shares tales of her youthful trip to France, but I’m not sure we learned much more than when flip flops are inappropriate footwear.

Finally, sketch troupe The Beta Males take on “Theories of Bystander Intervention in Social Psychology.” Also known as three sketches from their superhero themed show. All three were funny, and their energy, enthusiasm, and that introduction, can’t be faulted.

The only real fault here is that most acts felt like they were doing sets they could on any other late evening multiple act line-up, not taking the opportunity to play with doing something really interesting. While Edelman’s work fell a little flat, praise is due for experimenting, which is how this show is pitched. Meanwhile Goldsmith, who really threw himself into it, stole the show. Surely that’s against school rules? Naughty headmaster!