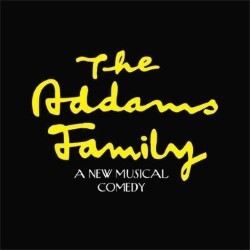 Now a stalwart of musical theatre at the Fringe, the RCS shows are always going to be a highlight to look forward to and their production of The Addams Family is no exception. Straight away the fantastic set and lighting design draw you in to the world of this famous family and you forget you are actually sitting in a church.

The original Broadway production got criticised and reworked, songs changed and so on and despite the storyline being essentially quite basic I actually do like the show and will admit to it! Add to that the magic of the director’s vision, the design and a professional-level cast and you have a professional production right on the doorstep for a fraction of the cost of seeing a touring show.

Director Ken Alexander could turn the banal into a sensation. His attention to detail, depth of character and ability to find every last ounce of humour make this producion of The Addams Family outstanding and appealing to all ages.

The cast are all excellent, the acting, singing and movement is all spot on. This is very much an ensemble piece (and it’s mostly double-cast) so I don’t really want to single anyone out – except I will for Martin Murphy’s Gomez. For me he is quite simply perfect casting, his accent and mannerisms spot on, very watchable. He could read the ticket stub and make it sound sexy and delicious.

Backed by a top-end live band this is a must-see at the Fringe (and you don’t need to know about the Addams Family to enjoy it).

My only tiny niggle at this performance was that the band was slightly too loud in the mix and occassional quieter lines (particularly the ancestors) were covered. But this is the Fringe, every show is different and I’m being picky. Fabulous family fun. 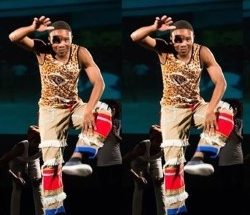