Festival of the Spoken Nerd: Just for Graphs 5***** - One4Review 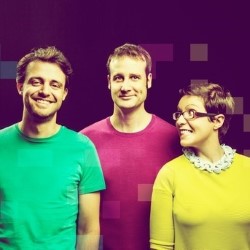 This is the sort of show where you’d give them five stars and they’d ask you which specific five, named stars. And I don’t mean in the can’t-think-what-to-get-for-someone’s-birthday sort of name, but the proper scientific identifier. Thankfully, they’d do so in a way which makes you laugh, and learn something. So they can have five stars and get back to me on which are their favourites.

Festival of the Spoken Nerd have been going for some years, but this was my first time at one of their shows. It won’t be my last. The trio – Helen Arney, Matt Parker and Steve Mould – have on stage chemistry, both in the working well together sense, and in the regular igniting things that go whoosh.

This show was so much fun – from the intro in binary, to nerdy puns, to the rather beautiful 7-way Venn diagrams, to flames. And more flames. And being part of a human speaker cable, magic squares, contractions graphs (Steve’s lucky, lucky wife!) and a Wicked song about gravity. And did I mention igniting stuff?

Graphs may not sound like the stuff of humour, but thankfully plots, diagrams and charts definitely were. And the formulae. Who knew formulas could be so funny? Arney, Mould and Parker apparently; and thank goodness.

Stephen Bailey: Should’ve been a Popstar 4**** 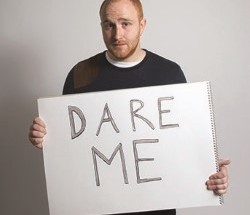