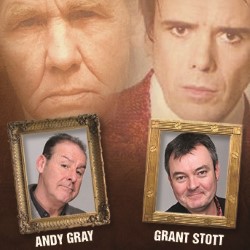 Andy Gray and Grant Stott are well known and much loved Edinburgh Pantomime performers, who this year have turned their hands to something a bit meatier with their portrayal of writer, satirist and producer William Donaldson (Gray) and the flamboyant artist and writer Sebastian Horsley (Stott).

Written by Ian Pattison, the play focusses on a snapshot of the lives of Willie and Sebastian, one time friends who were connected with their addiction to drugs, hedonistic lifestyles and their love for the same woman, glamour model Rachel Garley, played by Michelle Gallagher.

Rachel starts off the proceedings explaining that despite what people may have thought of the duo, she owed them a great debt as they had enhanced her life and she had no regrets that she’d known these men. Willie then emerges from under a blanket on the settee, dressed in his shirt and underpants, he addresses the audience, standing rather too close to some women in the front row, much to everyone’s amusement. Gray has been a great comedy actor for many years and balances the emotional moments and comedy timing perfectly. Stott’s portrayal of Horsley is also very good, looking every bit the dandy from his top hat right down to his painted nails. This show is not for the faint hearted and Horsley’s colourful description of debauchery during his trip to Amsterdam was both hilarious and shocking.

With only an hour it’s difficult to get more than a fleeting glimpse into this love triangle or indeed the lives of the protagonists but Pattison, director Sam Kane and all three actors have done an excellent job. The audience absolutely loved it.

Phill Jupitus is Porky the Poet in Apologist Now! 4**** 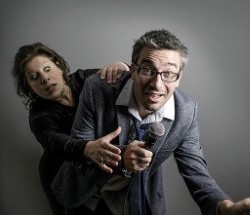 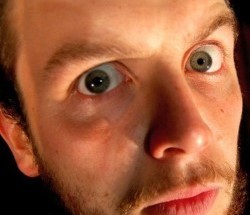 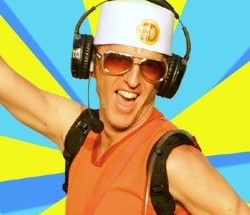 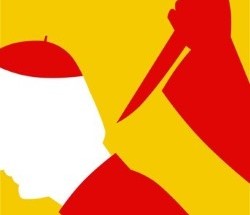