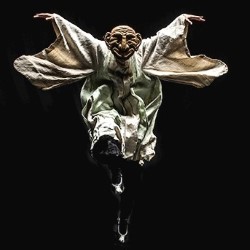 Binari uses traditional Korean music and dance to give an insight into the ancient shamianistic rituals and beliefs surrounding death and the afterlife. If this description makes it sound as though Binari will be a heavy-going and overly serious work, then you are in for a surprise. The performance, in Korean with a very detailed English printed summary, is anything but depressing.

The performance opens with the funeral of an old woman. Her family sing laments over her body, which allow her soul to review her life. This is done in a series of flashbacks, in which courtship, seduction, birth and infidelity are seen in the lead up to her violent demise. Some of the scenes are very funny, with some light-hearted audience interaction. Some of the story is played out in traditional Korean mask drama.

The performance was lively, with comic scenes in English. The acting and singing was of a very high standard. The themes are universal, even though the belief system is unfamiliar, and the story was easy to follow.

Binari is a beautifully produced, entertaining introduction to traditional Korean drama, from a very accomplished cast. 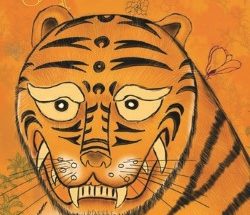