It’s been two years since Briefs last appeared at the Edinburgh Fringe and judging by the audience’s enthusiasm, their return was greatly anticipated.
This all male cast of energetic and mischievous Australian hunks provided an outrageous and hilarious night of entertainment. This show literately has no boundaries however for some, it may just go that step too far.
Shivannah did a great job as hostess keeping the momentum going with her sharp wit and banter with the audience.
There was plenty going on – an extremely naughty school boy who could do some exceptional yo-yo tricks, a very cheeky monkey ballerina, an award winning burlesque routine, breath taking acrobatics and music, dance and lip -sync to keep the party atmosphere going. These guys are so talented and strong that they make these very physical and jaw dropping routines look effortless.
There was great interaction with the audience, although for some people sitting in the front row, they got probably more interaction than they had bargained for.
Overall, this is a great night out but probably not one to bring your parents along to (depending on how open minded they are!) 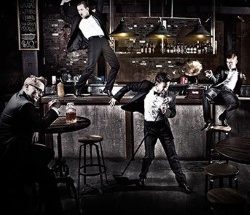 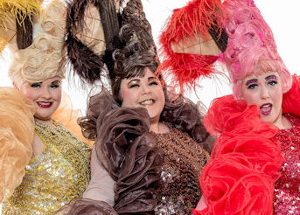