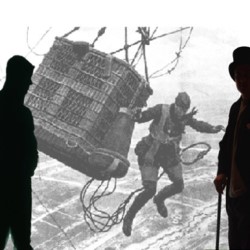 The action starts with an all too familiar scene of a mother (Sue) begging her son (Jack) to get out of bed, stop playing computer games, and engage with the world – ironically by the medium of Face Time. As Sue cajoles her son into joining her art project, he very reluctantly and amusingly has to be shoe horned into finding out more about Basil Hallam, a music hall entertainer in the early 1900s whilst she is in rapture about Elsie Janis an American entertainer who joined him on the stage prior to WWI. As the project develops Jack and Sue re-enact the partnership of Basil and Elsie on stage with some very enjoyable songs, but then we are brought back to earth with the sound of Jack’s rap music and the frustration both feel at each other as their splintering relationship disintegrates.
This was an enjoyable hour spent with Alison and Harry Child in the roles of mother and son and both are talented performers. I do wish, however, that the play could have lasted longer as it would have benefited from another half hour to fully develop the story of Basil and Elsie and the ending did feel a bit rushed – although very moving. I suspect Sue would be horrified to discover that her project led at least one audience member to spend an hour glued to the internet finding out more about Basil and Elsie!
Reviewed by Rona
Sweet Grassmarket
Aug 15,17,19 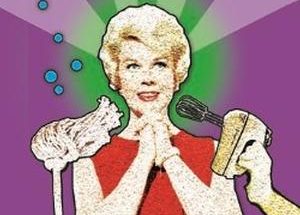