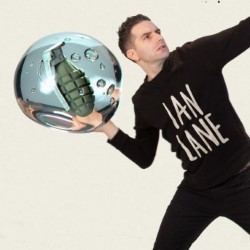 This show contains loads of Mr Lane’s trademark off-kilter visual humour, accompanied by his wry story-telling, and it definitely tickled parts of the audience. But overall, the show might benefit from tightening up so that everything is more secure, there’s less space between the atoms of the show, and audience and performer are less likely to come adrift.

Mr Lane describes the show as live-mum rather than dead-dad show, though both parents feature, but it’s also about Mr Lane himself – growing up, working, working out how his own brain works and how to deal with it. Though the way his brain works might give him trouble in other areas of his life, it also brings forth a dry, quirky sense of humour. It’s most clearly evident in the graphics which accompany and illustrate the show, where the characters are represented by paperweights, and badly-drawn logos become the basis for entertaining deviations.

This show is much less physical than his previous offerings, and perhaps this, coupled with his understated delivery, means that a show that does contain fun and whimsy among the pathos felt a little dragging. A smart comedian with a sharp wit. 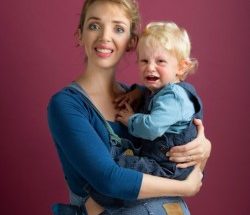 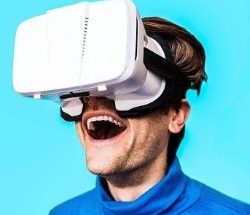 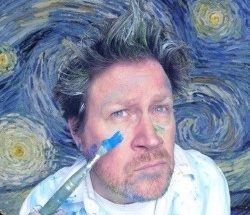