Venue 45 Old St Paul’s Church Hall is one of my least favourite venues and being shepherded like children in to where they want, rather than where you would like. However they occasionally have interesting shows ‘Ofsted! The Musical’ was potentially one of these.  A musical about a government body inspecting a school at short notice, an interesting subject? Well potentially as you have scope to play with characters varying from pupils, teachers, inspectors and politicians. Yes they did created these characters and some of the music used was interesting but to make the finale of the show the death of the Headmistress through a heart attack after receiving the Ofsted report, I thought was almost sick. The teachers in they audience, and there were many, seemed to thoroughly enjoy most of the performance, but I was unable to get any reactions from them as it ran over and I had another show to go to. ** 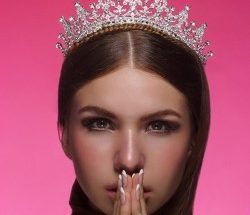