Bella and the beautiful knight is a new strongly written piece by Oliver Emanuel It  is really a complex piece that works on numerous levels, and certainly holds the attention throughout. In the course of one hour Bella, played by Sally Kent and  Donny , Grae Cleuch, her older, somewhat creepy brother, aged from childhood to mid twenties and all is fine until Phillip Nicholas Cowell, her Knight in  shining armour dares to disrupt Donny’s world  and  the facets and secrets that are an intrgral part of their lives. As an ensemble the three fine actors played their roles with undoubted skill, but although the space was not the largest I was a little disappointed with the direction, and even making allowamces for the first show gremlins some of the techy bits failed to inspire. This will of course get tighter as the run continues. All in all the Armour has a lot of potential, and a little polishing will certainly add more sparkle.           *** 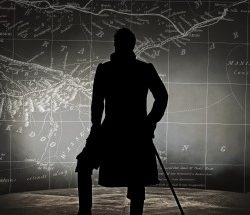