Cutting Edge Productions musical comedy version of the Compton Mackenzie novel is a major achievement. The production is a collaboration between Ian Hammond Brown (Composer/Lyricist) and Shona McKee McNeil (Book). Set in WW2, a remote Scottish island is experiencing a ‘whisky drought’, much to the exasperation of the local population. Fortuitously, a consignment of whisky appears from a ship that has run aground. How to keep the contraband secret from the authorities leads to series of amusing situations. Into the mix are added several love interests and a range of colourful characters. This is a highly professional production. The acting and singing, both collectively and individually, are of a high standard. Amongst a cast of experienced and versatile performers, newcomer James Gibson exhibited a clear and pleasing singing voice and a talent for comedy. It is not surprising that a production of this quality is playing to packed audiences. **** 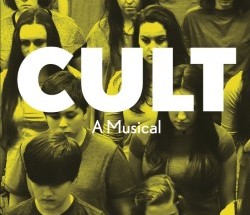