Throwaway Theatre Company presents two musicals in this the last week of the Edinburgh Fringe Festival 2008. Having seen their main production ‘The Musical of Musicals, The Musical’ and been blown away by both the talent on stage and the show itself I decided to go and see their other show ‘Lucky Nurse and Other Short Musical Plays’. Lucky Nurse is in a similar style as Musical of Musicals in that the cast present four separate plays, Eulogy for Mister Hamm, Break, Agnes and Lucky Nurse. Each individual Playlet has some good music, excellent acting and an epiphany. My immediate reaction to the show was that it was not as ‘commercial’ as Musical of Musicals but that it would need two or three visitations to get the best out of it. Initially performed in the USA in 1991 and in the UK in 2006 it is an interesting show which could be utilised to display the talents of youth theatre companies, although some of the melodies are extremely complex. The cast is the same for both shows Christopher Allen, Lucy Barnett, Dominic Brewer and Charlotte Grace with Russ Hope as director of Lucky nurse and Andy Ralls musical director. To fully appreciate the individual talents of this superb cast try and see both shows. **** 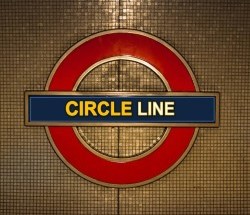