OCD: My Family and Other Anals  - One4Review

I have to admit that this show had not been on my list to review this Fringe, but having met Gill on a few occasions early on I decided to give her show a try when one I was initially planning to see didn’t happen. As part of the Free Fringe she was playing to an almost full room in The Counting House, good to see for this comedian and the Free Fringe as a whole. Ms Smith does have OCD, Obsessive Compulsive Disorder, so has used this both as a theme for her show and a method of structuring it and manages to pack in an awful lot of material into her 40 minute set. She has some gags that are laugh out loud hilarious, other stuff gentler and one or two that don’t seem to work at all, but who hasn’t? Her style of delivery varies too, there were parts that I was blown away with, other bits … well I’m sure she knows a little work is required. Gill Smith is fairly new in the comedy world and is already turning in a show that is a credit to her, and the experience of playing for nearly a whole month can only assist her in her masterplan for her comedy career. Let’s hope we do not wait until 2012 to find out if she has hit her target. *** 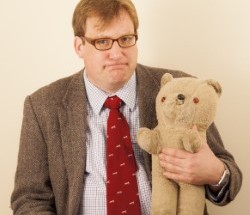 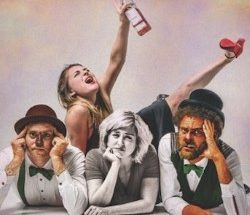