People like me of a certain age grew up with Eric Morecambe and Ernie Wise on TV, their partnership lasted from 1941 till Eric’s death in 1984. On this the 25th anniversary of his passing Guy Masterson directs Bob Golding as Eric Morecambe in a play written by Tim Whitnall. Tim portrays Eric from his teenage years through his meetings with Ernie Wiseman, to their collaboration, their first TV shows return to the boards and finally their successful return to TV and finally Eric’s death.  Tim’s use of all the phrases and mannerisms beloved of  Morecambe fans really bring the character to life. Masterson’s masterful direction marks changing phases in  Morecambe’s life by utilising the areas of the stage, lighting effects and a tiny puppet of Ernie Wise. For those who are fans of these comedy icons the show is both a fitting tribute and the chance to relive his life. For those young enough not to have seen them live this is a superb piece of theatre worth seeing for the writing, direction and performance. **** 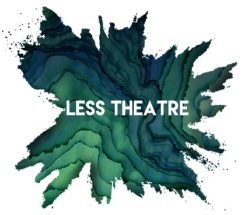