This is the third year on the trot that I’ve had the pleasure of seeing William Andrews perform.  And it is always a pleasure.  From 2007s excellently surprising ‘Ugly Kid’ to last year’s sublime ‘Will and Greg’, the guy has been nothing short of hilarious.  2009 sees him strike out on his own and I was glad that my review schedule kicked off with ‘Nitwit’, his one-man show.

I say one-man but in doing so I’d be doing a disservice to his magnificent box.  That is, his box of technological wizardry which helps this show to pack that extra punch.  In some shows I’ve seen technology can be used as a bit of a crutch to prop up a weak performance.  Definitely not the case here.  It’s impressive to watch how slickly Andrews interacts with the technology, using it to whizz through his sketches and to provide the pay-off for a number of set-ups.

Andrews also has a superb physicality which he uses to great effect.  The combination of physical performance and an excellent sense of timing, backed up by some well written material, make this show a comic gem.  My particular highlight was a brief sojourn into the world of Mr Rogers and Ed ‘Stewpot’ Stewart which hark back to a more, erm, ‘innocent’ time.  And the finale . . . well, words can’t do it justice. 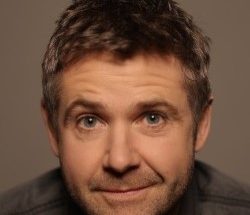