Funny Women at the Fringe - One4Review

It’s always difficult to review a show like this as the only thing that can be covered in reality is the concept as such is the nature of the beast is that the comics change daily.

Now we at one4review have been championing female comics for a while, to us it doesn’t matter what ‘bits’ you have got as a person it’s how funny you are that’s important and we feel females definitely get a raw deal.

Even the show time for this showcase production is not really conducive to comedy with a 14-00 start time, but once inside it doesn’t matter. The show goes on and if the one I saw was typical goes on well.

We had an experienced compere, in this case the very funny Jessica Fostekwe and five other comics with a variety of styles, straight stand up, character comedy, even comedy songs too during the course of the hour.

This is an excellent way for them to showcase their main shows and also for the audience to try before you buy. 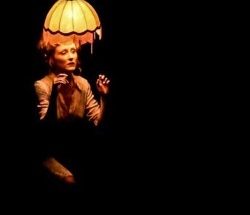