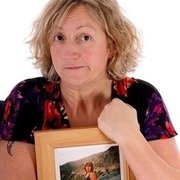 Ms Hendrickx does stand-up with audience engagement, which accompanies the storytelling (and a song) which gives the show its rough theme: her attempt to set right something which went wrong some time ago. It involves cycling to Spain (which I think is quite impressive).

Sarah is confident and professional in her delivery, and seemed to get a lot of enjoyment out of involving the audience – and she does chat, but she’s not scary, so it’s quite safe to answer her (unlike some). I personally enjoyed this show, but I believe some other members of the audience were left unmoved. A later slot might prove more appreciative, and she definitely has the potential to carry it off. One to watch.