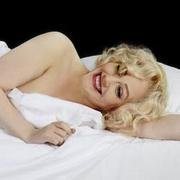 Marilyn Monroe’s life and career still fascinate more than fifty years after her death. After carrying out detailed research, writer and director Elton Townend Jones takes a leap of imagination to speculate on the thoughts and emotions that might have been thrashing around in her head in her bedroom in the final hour of her life.

For an actress to take on this role, it is a supreme challenge. Lizzie Wort gives an outstanding and convincing performance. She has such stage presence; we follow every word and gesture that reveals the complexity of Monroe’s personality. Monroe was much more than a dumb blond. She was an astute, ambitious woman with a sharp sense of humour but there was a basic vulnerability in her persona and a crushing need for real companionship and reassurance. The tragedy of her life was that she was alone at the end and dependent on drugs and alcohol to get through the days and nights.

In the first half of the play, there is plenty of name-dropping, the Kennedy’s, Hollywood directors and fellow stars of the studio system. The two miscarriages she suffered and the collapse of her marriage to the novelist Arthur Miller were traumatic events, and, being in the public spotlight, so much worse. The second half of the play delves more darkly and deeply into the characters and shocking events that shaped her life as a young child through to her first marriage aged sixteen.

Dyad Productions have now established a reputation for staging quality theatre which focusses on individual personalities in a fresh and compelling way. This latest production maintains the high standard the company have set for themselves. 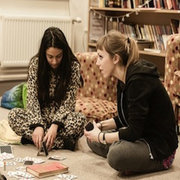 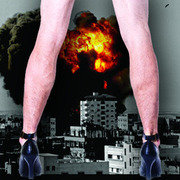 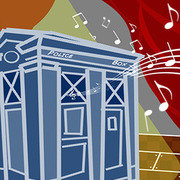 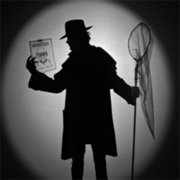