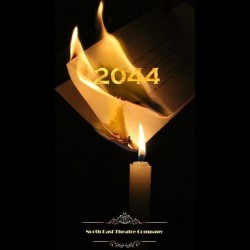 2044 is set in a political climate where Scotland is independent after an election in 2041. Over the following 3 years, trade ties with England are cut, Hadrian’s Wall is rebuilt, and relations between Scotland and England are in melt down. The drama centres on 3 characters who we learn are refugees from an environmentally ravaged England. Their continued existence in Scotland depends on them being able to work, having no relationships, and being healthy. The drama is centred on the struggle to abide by these rules and the mistrust caused by living in constant fear.
This play is ambitious in its attempts at covering the Scottish independence debate, environmental issues, refugee status and the need for compassion. It was written by one of the actors, Ciaran Drysder, who at 20 years old is indeed a name to watch. However, as the play only lasts 45 minutes, the themes can’t be explored in any great detail. The acting is also variable. Russell Dudley, who plays a duplicitous roommate , gives a very confident performance which highlights the less assured performances of the other 2 cast members. The performance I attended was a sell-out which must give the young Mr Drysder a boost in confidence for his future career as a writer and this play does indicate that he will be a writer to watch.
***
Reviewed by Rona
Greenside @ Infirmary Street 11.30am 8,9,12,13,15-20 August 2016

Burnistoun Live at the Fringe 4**** 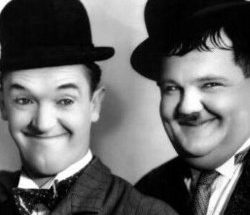