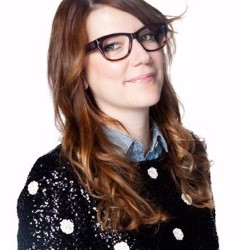 Sara Schaefer comes to the Fringe this year with a good reputation from her native United States and opens the show with a sincere apology… for electing Trump, but then goes on to mitigate this by blaming it on his Scottish DNA.
An interesting opening and there is more to follow. She talks about tears, night terrors and her defence mechanisms and how she is not good in a crisis.
Hailing from the Southern Bible Belt Ms Schaefer was raised as a ‘super christian’ and talks about going to a bible camp, an American thing apparently, that slightly scared her and partly gave the show its title.
The material she uses is well written and funny on occasions, I felt that at the show I attended, the audience didn’t thoroughly go with her and felt she lacked drive in places. This could be her style I suppose, but the energy in the room was not high.
The last sections raised the bar slightly as she related the story of Hobby Lobby, a Christian right brand who may be accidently funding terrorist organisations and a strangely appealing story of attendees at her mother’s funeral gathering it all together for her conclusion.
***
Reviewed by Geoff
Pleasance That
19.00 to 20.00
Until 28th 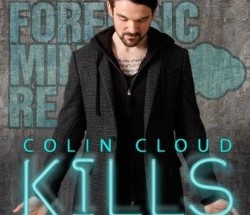 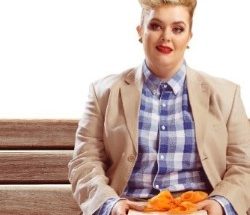