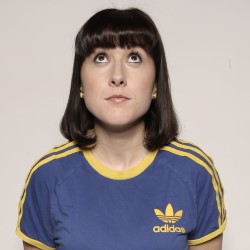 Maisie Adam is fairly new on the comedy scene but her rise has been meteoric. 3 years ago she had never done a stand-up gig. Her first was not the normal 5 minutes, no she did an hour. 2 months later applied for So You Think Your Funny and won it. Twelve months on an Edinburgh Comedy Award nomination for best newcomer, and won The Amused Moose National New Comic award. Ms Adam returns once again this year with her latest offering Hang Fire, And is already doing great business.
Six pictures are hung above her stage, mug shots of people who have made a split-second decision to do something and got caught. Mick Jagger, Hugh Grant, Justin Bieber, Winona Ryder and two others. Each owned up to their failings but were judged. Correctly? Who knows Maisie could argue that nobody should judge.
She is different in that she went to an alright school, she gets on great with her parents, loves the Rolling Stones and all of the above give this talented comedian a plethora of stories to tickle the funny bones with plenty of laugh-out-loud moments.
You may have noticed that I haven’t mentioned pictures 5 and 6. There is a reason for that. To find out what go and see the show. It is a split second decision you won’t need to regret, but if you Hang Fire too long they will probably all be gone.
****
Reviewed by Geoff
Gilded Balloon Billiard Room
17.00 to 18.00
Until 26th

Reality Sucks! 2** and one half 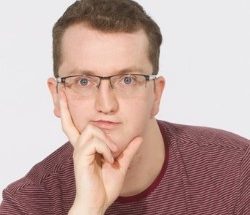 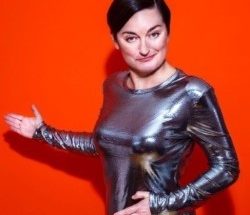