As part of the American High School Theatre Festival, Birmingham High School, Southern California present their production of ‘Grease’. From seeing past shows from A. H. S. T. F. I expect to see extremely professional quality performances this one is in the upper level of high school productions.  Slightly complex sets reduced the actual performance time and for me scene changes were not used to the best advantages. The costumes, choreography, energy and talent on stage compensate fully. Both Frenchy and Patty are double cast and for the show I saw, Melinda McKee as Frenchy and Madisen Adler as Joanie. Although all the cast gave creditable performances, three people stood out from the rest. Rene Zamora as Danny seemed totally relaxed in the character and had absolutely no problems with either the singing or dancing. He has what is known as stage presence all eyes seem to focus on him and he seems to know how to work an audience. His partner Brittney Stanley as Sandy is also his rival in all the above, her dark skin and fabulous voice could get her a lead role in the Lion King or other musicals. Her transformation from demure Sandi into the femme fetalle was fairly spectacular but the use of "All Choked Up" instead of "You’re the One That I Want" was a slight disappointment. The show didn’t end flat though as they reprised "We Go Together". The pleasant surprise of he show for me was Matt Cady as Teen Angel, he has a lovely voice and his fairy attributes added an extra zing of comedy. As usual it is seems sad that they travel all this way for four shows. *** 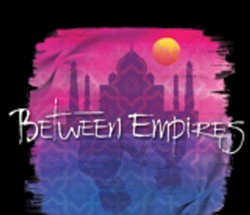