Story and book by Kaythe Farley and Brian Flemming, music and lyrics by Laurence O’Keefe, is based on an article from ‘Weekly World News’. Bat Boy was a mysterious creature discovered in a cave in 1992, various theories arose from this article, but Kaythe, Brian and Laurence thought there could be a more reasonable story behind the creature. They have written a story which they hope says more about human beings than animals, leaving it up to the audience whether they look upon it as being silly or serious, as a powerful allegory or parody but ultimately hope we will see the folly of our fear of the different or unknown. Whilst exploring local caves three children disturb a creature, which is later to be called Bat Boy.  Scared for his life he bites the middle child who is offering him food.  Dragged from the only life he has known and taken to the home of the local vet he is locked up in a giant cage. Slowly as his confidence is gained and he learns language, the two women of the household fall in love with him.  The town’s folk all have prejudices against him and the Vet Dr Parker is the only one whose like for the boy changes to disgust and hate.  The ultimate scene in the show is one of horror and blood! I had heard very little about ‘Bat Boy’ before going to see it other than it is interesting, personally I thought it was okay, the storyline has one or two interesting twists, the songs for me lack specific oomph and I am afraid I came out feeling a little flat. The cast are obviously putting their all into it, they have pleasant, but not superb voices, the characterisations are interesting and despite most of the cast having several parts they stay in character depending on which costume they are wearing.  As I have said it was not for me but should anyone disagree I would love to publish their opinion. 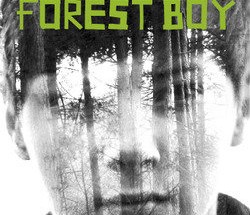