I really don’t think it’s fair to actually review this show. While all credit goes to people trying to perform a show in a language foreign to them, this is amongst one of the worst shows I have ever seen.

The story is dire, the direction poor, the acting utterly appalling. The uninspiring music is too loud and drowns out the singing – and while they do sing in tune you can’t actually hear the words as the diction is incredibly bad. Take for example the opening number, something to do with Paris but I’ve no idea what.

This is advertised as a ‘good old fashioned musical’ – by this I would think of maybe Carousel if American or, shudder, Brigadoon if Scottish (it’s a Scottish/Spanish production) but it’s neither. And saying that, the music isn’t Spanish either!

I couldn’t believe that Emma says to the wheelchair-bound Andres that she loves him in spite of that, because “A man’s a man”. Cringey if not patronising.

I’d much rather give constructive comments but I struggle to actually find anything in this production to be positive about I’m afraid. 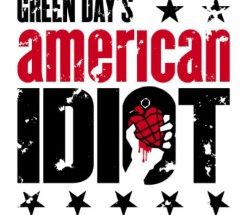