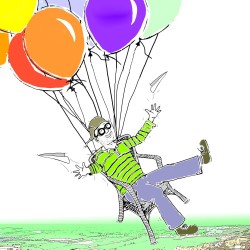 This was the delightful and very colourful tale of a man stuck in a rut who just wanted to follow his own dreams and fly, with only his girlfriend to support him. Apparently based on a true story (which seems to have a huge amount of artistic licence!) this London-based school does an excellent job of telling this American tale.

They have energy and are well-drilled, accents are particularly convincing and the dialogue is nice and clear. Alice Moore as girlfriend Gracie is great – a lovely presence on stage with good acting and singing and a delight to watch. In general though the overall singing lets the production down slightly, there was no power in the upper registers, the boys tended to struggle with their tuning and the main character of Jerry was unfortunately losing his voice (but convincing acting and well played).

The small band was excellent and while the music was nothing outstanding it served the piece well. Very much in the vein of Seussical the Musical, this was a charming, gentle story of embracing difference and following your dream.

Caledonian Folk and Blues at the Guildford 20th Year – 4**** 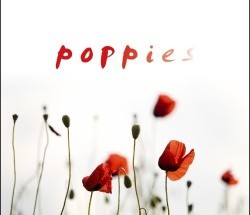