The Stand Comedy Club hit on a successful formula some years ago and it has become somewhat of an Edinburgh institution in the nightly Best of Irish Comedy. One compere, three acts, well in the excess of an hour of the best humour Ireland can offer, no wonder the format remains the same. Our host David O’Doherty started off proceeding with the usual job of finding out a little about the crowd, generally warming up the audience for the ensuing acts with some excellent material. First up, Simon O’Keefe, a young lad from Eire. His relaxed delivery style was to the liking of most of the punters and he raised quite a few belly laughs in the process. He was followed by Niall Brown from the North. Brown again had a lot of material that was genuinely funny and his set also very well received. Following a short break it was O’Doherty again to prepare the way for top of the bill, Neil Delamere. Although he has done a lot of work in Ireland  and in Canada it was the first time I had seen of this gentleman, but it certainly won’t be the last if I have a chance. Delamere instantly rocked the house with his material; roars of laughter were prevalent throughout his all too short set. The man has comic timing to die for and a wicked sense of humour. He can be found at the Assembly Rooms nightly until the end of the Fringe, so do yourself a favour and get a ticket. The line up of acts vary each night but if the standard is a high on other nights, and I’m sure that it will be, then the tickets are a steal.   For further information on all shows at the stand see  www.thestand.co.uk **** 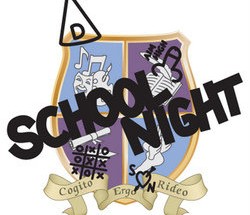