It is probably not a well-known fact that this is the second outing at the Fringe for ‘Mephistopheles Smith’. First time round in 1995 it was its creator Richard O’Brien in the title role and from what we remember both Geoff and I enjoyed the show the performer and the music. Janus Theatre Company’s production stars Paul Roberts as Mephistopheles, Paul has had a 25 year career as a vocalist, musician and actor, possibly best known as front man for the Stranglers. Not being a Stranglers fan I did not know who he was, but I do now. O’Brien’s Smith was overtly camp but Paul is extremely masculine oozing testosterone, he is great looking, the man can move and boy can he sing! Mehistopheles has two, disciples, fallen angels or backing singers depending on your outlook, Franceca Casey and Roxanne Palmer otherwise known as the Devilettes. I am sure most men will find either or both of these talented young ladies very attractive, after all they do say sex sells! Mephistopheles has had many names throughout the centuries Lucifer, the devil he is with us on earth to preach the message of choice, to encourage us to worship the self and ultimately to persuade us to choose not to go to heaven. This is a very entertaining show superbly performed by three hugely talented people written by a genius. Paul Roberts is recording a new solo album and I hope to get a copy. **** 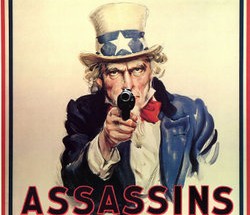