Natan Caton is yet another of the new comics gracing Edinburgh for Fringe 2009, and one that had slipped under my comedy radar up to now. Not anymore however! Caton is another well educated, he hold a degree in Architectural Technology no less, young comic who has forsaken the real world and is forging his place on the comedy circuit. Nathan comes from West Indian stock and his hard working family are not happy with his career choice and are always on at him to get a real job. He loves his family but wants to do what makes him happy even if it’s   currently less financially rewarding. Caton has the physique of a boxer but claims to be ‘soft’ and tells some wonderfully self deprecating stories about himself in respect to teenagers, dogs and has his own solution to knife crime, one that may work. At 24 he is young free and single and likes it that way, and why not!! His set is well written throughout, the guy has a wonderful stage presence and a pleasing technique and delivery, well appreciated by one and all at the show I attended. In my humble opinion, he will not be getting out his pencil and drawing board anytime in the near future as I feel he should plan for a glittering comedy career and lets hope he succeeds sooner rather than later.   **** 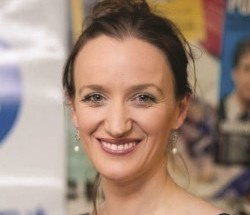